Who Are the Brothers in Pen

There have been many Brothers in Pen over the years, and over time I will add in stories from past writers. These are the ones who are currently in the class, as of 2017. The stories included here are what each writer read at our annual public reading in November 2016. Lifeofthelaw.org made some of those readings into a podcast which you can listen to here.

Please leave feedback for the writers and share their stories with others. Enjoy!

Wayne Boatwright is a fifth generation Californian and inmate serving 92 months for gross negligent vehicular manslaughter. “To create in any form takes courage; I have found mine through the chrysalis of prison.”

James Bottomley: “I was raised in La Jolla, California, in a typical home, school, church environment. I attended Stanford University from 1966-1970, graduating in political science. I lived in the Bay Area for 10 years while attending law school. I married Susan Bowen, and we had three children. We moved to San Diego, and I practiced law for 25 years as a solo practitioner. I’ve had bi-polar disorder my entire life but didn’t know it until after I committed a serious crime in 2000. I’ve been incarcerated ever since.”

Kenny Brydon has been a part of Brothers in Pen since 1994. He has received several awards from PEN America in the national prison writing contest. He has been published in Prison Noir, an anthology of prison stories selected and edited by Joyce Carol Oates.

Thedo “Noble” Butler: “We are all complicated beings, with no single attribute sufficient to adequately describe or define the true essence of who each of us are. Coming from Los Angeles, I am an urban author, poet, musician, artist, philosopher and activist. Having once been a menace to my society, contributing to the criminal elements that have caused so many so much hurt and heartache, I now dedicate my life to the unending search for justice, mercy, fairness & equality, as well as giving voice to the ones that most need to be heard…”

Read Noble’s poem “What Do You Stand For?” here.

Micheal “Yahya” Cooke has been a participant and student of the Creative Writing class for over five years. In this time, he had finished his memoir, Malefactor, as well as a young adult novel, Brother Rocker, four urban noir screenplays and several short stories. He is also a 2015 PEN America winner.

Rafael Curio would like to apologize for his stunt double, Mr. Joseph Krauter and his lack of oratorical skills in regards to the reading of this piece; there is just something about Mr. Krauter’s accomplishments as a published novice writer (580 Split), and water colorist painter that Rafael finds interesting about the newly diagnosed Autistic man: how Mr. Krauter refuses to let his condition handicap him as much as he can. Regretfully, Mr. Verde couldn’t be here either, but supports Mr. Krauter’s attempt as strongly as his co-author. 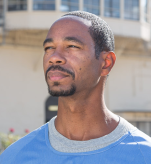 Eric Curtis has been incarcerated nearly 20 years. He was raised in Compton, California. Five years ago, he began to dabble in urban street writing and has now completed his first trilogy, It’s Hard Being the Same. He has also written dozens of short stories.

Read Eric’s story “My Brother and Me” here.

Emile DeWeaver is the co-founder of PrisonRenaissance.org, a columnist for Easy Street Magazine, and a Pushcart Award nominee. He has fiction, poetry, and essays published in over 12 literary publications including The Rumpus, Your Impossible Voice, and The Lascaux Review. He’s also a staff writer at the San Quentin News.

Charles David Henry: Read his story “What Happened When the Chickens Came Home To Roost” here.

Michael Calvin Holmes A fifty-eight-year-old American of African descent, a father of three and a grandfather of two. He has earned a certification in business, and is two classes away from attaining his AA in Liberal Arts and Social Science; emphasis on Behavior Science. He is inspired to be a writer.

J. “Cali Killa Clown” Medvin was born in Santa Rosa and raised in both Northern and Southern California. The author is anxious to publish his first book, A Divided Civilation (book one of the Civilization Trilogy) through Amazon, in 2017. His other books that are still in the making are of multiple genres, and will hopefully one day be praised by the masses. Medvin pled “No Contest” to Manslaughter charges and received 11 years in prison, with a release date of 2016. Creativity is something that cannot be confined by stone walls and iron bars. We in Zoe’s Creative Writing class are proof of this.

James R. Metters, Jr. is from Oakland, California. He experienced the ins and outs of the street life and the formidable consequences of living in sin. In 1996, James was convicted of 2nd degree robbery and sentenced to a lengthy prison term under the California Three Strikes law. During the course of his incarceration, at a state of “rock bottom,” James met Jesus at the cross which encouraged him to change. He is an alumnus holding AA degrees in Religious Studies, Liberal Arts, and Social Sciences. His personal testimony of transformation (along with 19 other men) is included in the anthology, Bind the Testimony (on blurb.com) and in the Brothers in Pen anthologies (on lulu.com). James has a noble desire to give back to society which he does through the gift of writing. He is committed to helping youth and young adults to see the light.

JulianGlenn “Luke” Padgett writes with a charged passion intended to spark your imagination. The book he is currently working on, The Penal Code Crimes, is a legal thriller, set in the great state of Texas. Intrigue, drama, murder, loss and love are the themes which push and pull his characters along.

Udukobraye Pela typically introduces himself as “Lawrence” because pronouncing his middle name is just too hard the first time you hear it. He knew he should write while in the county jail, as his imagination kept giving him visions of all kinds of strange stories. Udu attempts to write in the exact essence of his name, which means “Another one of them to be jealous of” in the Nigerian dialect called Yoruba.

51 years ago, Mr. Stu Ross was born in a cross-fire hurricane in Orange, California. These days, he divides his times between books, coffee, his novel in progress, coping with his cellie’s idiosyncrasies, and listening to Steve Lukather CDs. In a parallel universe, he is an accomplished drummer, the host of Jeopardy!, and married to Catherine Zeta Jones.

Kevin D. Sawyer is an African American native of San Francisco, California, born in 1963. He has written numerous unpublished short stories, memoirs, essays, poems and journals that chronicle his jail experience. Some of his work has appeared in The Oakland Post (Post News Group), California Prison Focus, San Francisco Chronicle, The Life of the Law (blog), San Francisco Bay View, The Pioneer (California State University, East Bay), Brothers in Pen anthologies, Iron City Magazine, 580 Split and limited editions of poetry published by the William James Association. His writing has also been presented at the 15th International Conference on Penal Abolition by the Journal of Prisoners on Prisons in Ottawa, Canada. Sawyer is the associate editor for the San Quentin News, a member of the Society of Professional Journalists (SPJ), and a 2016 recipient of The James Aronson Social Justice Journalism Award. He was also on the news team that won the 2014 James Madison Freedom of Information Award from the SPJ. Prior to his incarceration, he worked 14 successive years in the telecommunications industry for several corporations. He is a certified electrician through the National Center for Construction Education and Research and an accomplished guitar and piano player. He holds a Bachelor of Arts degree in mass communication with a broadcasting option from California State University, Hayward, and a Diploma as a paralegal from Blackstone Career Institute. He is currently working on a novel.

Since finding out the power of the Word, Ivan Skrblinski (aka Juan Haines) has been seeking redemption through storytelling. However, his true power comes from listening and then doing the Will of the People. His first novel, The Barbed Wire, has just been completed. The story tells the perils of speaking truth to power in a place where principle struggles to be present.

Paul Stauffer is a 59-year-old white male U.S. Army veteran who had a nervous breakdown after a really bad day, was sentenced to 55 years to life, and now awaits the return of the Lord’s Jubilee while painting, writing and practicing various forms of meditation.

David E. Taylor: “After years of studying these words to express my thoughts I still have not come full circle with them, in a way to tell a story without making a mistakes. I know I’m not innocent about these magical words that express thoughts and feelings; however, I’m a better writer today than years past. I still have my trusty dictionary at my side.”

Rahsaan Thomas is a staff writer for the San Quentin News who has been featured on CNN’s United Shades of America with Kamau Bell. His writings have been featured online in The Marshall Project’s Life Inside series. He is also a co-founder of Prison Renaissance.

Kevin Valvardi is an artist and poet who has been writing poetry since age nine. As a member of San Quentin’s Journalism Guild, he is a reporter for the San Quentin News. His poetry and stories have appeared in Iron City Magazine, 580 Split, Brothers in Pen anthologies, forthcoming in Unknown Sky, and in a number of formal and informal San Quentin anthologies and chap booklets. He plans to one day write a story about his life prior to his crimes and incarceration.

Michael Zell is enjoying a creative writing focus, joining his prior research and writing projects of Bible prophecy. He is attempting to work comedic elements into his stories. He would be happy to compile his major writings in Christian ideology in a comprehensive volume, which he is beginning to put together.

Brothers in Pen through the years… 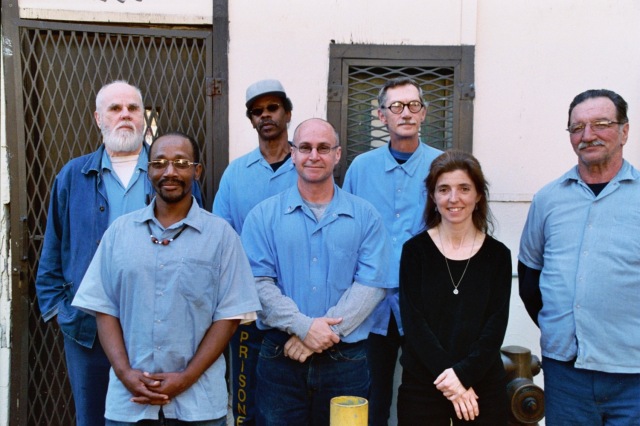 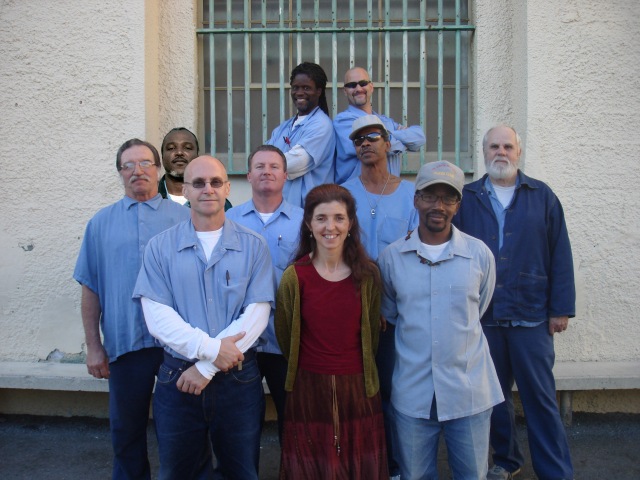 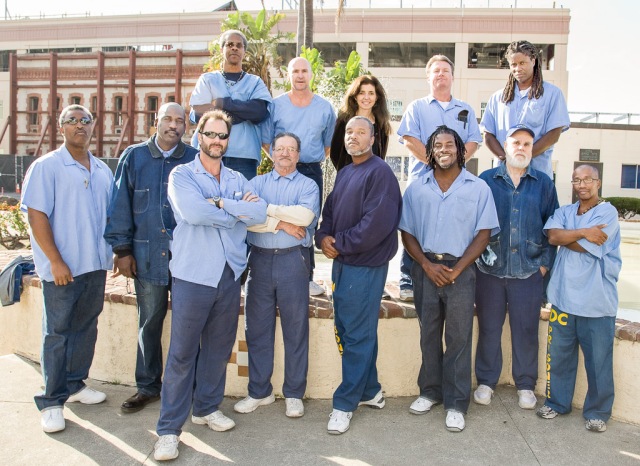 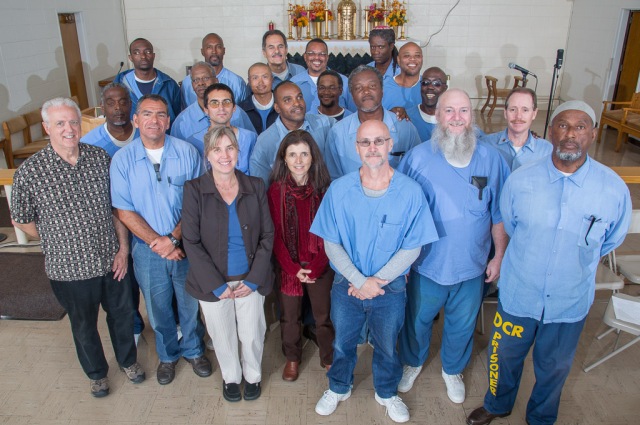 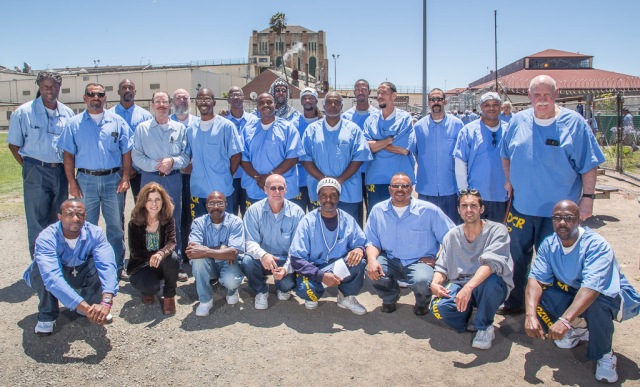 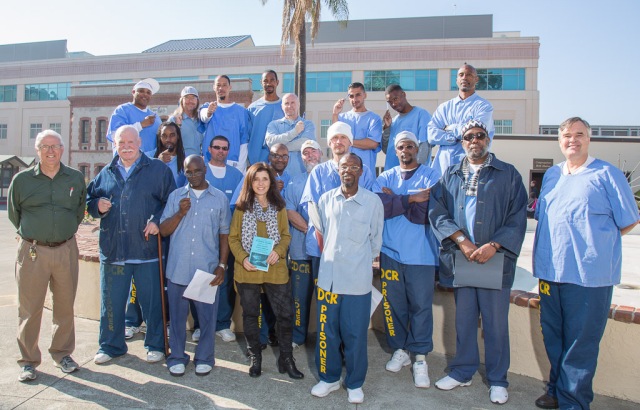 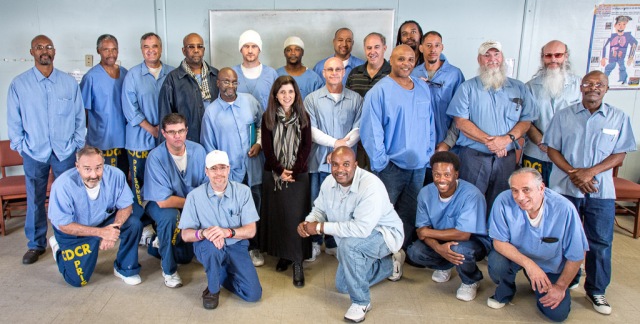